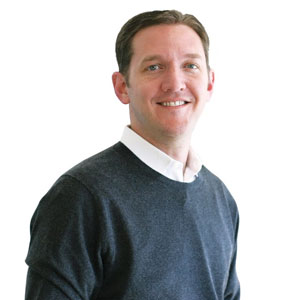 James M. Whitehurst, President and CEO A midst the concourse of over 6000 tech enthusiasts converging from diverse verticals, James M. Whitehurst, CEO of Red Hat [NYSE: RHT] kicked off his keynote at the Red Hat Summit with a bold claim, “Planning as we know is dead.” The intent behind the statement was clearly the increasing pace of innovation vanquishing plans before they even reach completion. The CEO continued that businesses need to enable employees to innovate with the tools and services that they need by embracing the culture and processes of open source. Open source has become more than an open and collaborative approach to software, it has become a way of life; and Rad Hat actively creates a context for individuals to try, learn, and modify things rather than prescribing things for them. The open source mastermind has worked with open source communities for over two decades and has become a technology indicator that selects open source infrastructures and development ecosystems to solve enterprises’ computing challenges. “Red Hat’s role is not to start open-source projects; it is to identify what we think are the most popular projects and get involved and create life-cycle versions.”

As a leader and visionary of open source, Red Hat accredits the principles of transparency, collaboration, diversity, and rapid prototyping for the success of open source as a business model to change the world. The company promotes these principles collectively through an initiative it calls “the open source way”—the freedom to see the code, ask questions, and offer improvements back to the community. Red Hat’s continued open source innovation has been helping customers navigate technology and business disruption through a different approach. Today, the company delivers a comprehensive portfolio of products and services around cloud computing, middleware, storage, and mobile using the same open, collaborative business model, and an affordable subscription.

The subscription model for Red Hat Enterprise Linux backs the promise of support bringing the strength of open source to a level of security and stability required for production environments. While traditionally licensed software loses its value as it ages, subscription software continues to support an infrastructure with updated features, security enhancements, and increased hardware and software support, not to mention predictable costs. As the leading open source platform for modern datacenters, Red Hat Enterprise Linux (RHEL) delivers meaningful business results by providing exceptional reliability and military grade security. The OS is architected such that customers can write applications for RHEL and run anywhere.
Uniquely co-engineered with the Enterprise Linux is Red Hat OpenStack platform that delivers a scalable and secure foundation to build and manage an open, private, or public cloud. The platform is an integrated, optimized, and managed foundation for production-ready clouds. By choosing Red Hat OpenStack Platform, clients benefit from the fast pace of open source project innovation while maintaining a stable platform for production deployment.

Red Hat OpenStack platform also integrates with its OpenShift Container Platform to build a DevOps Platform-as-a-Service (PaaS). “OpenShift is basically Red Hat Linux, Docker containers, Kubernetes and Ansible all bundled together, which we think are the leading projects for their components, all brought together in a consumable container runtime,” says Whitehurst. Regardless of application’s architecture, OpenShift lets clients to easily and quickly build, develop, and deploy containers in nearly any infrastructure, public or private. Whether it’s on-premise, in a public cloud, or hosted, clients have an award-winning platform to get their next big idea to market ahead of their competition. A Kubernetes-native container application platform backed by open Linux container standards, Red Hat OpenShift helps enterprises embrace cloud-native innovation while retaining existing IT investments through a single, scalable, and flexible solution.

Through our business model, we do a good job at being a proponent of all the value that the open source way can bring to the world

Whitehurst believes that going from monolithic applications to microservices running in containers requires a whole new application platform and management paradigm to run; OpenShift is a core platform that allows containers to run at scale. With multiple deployment models, OpenShift meets the needs of various clients ranging from on-demand access (OpenShift Online) to enterprise public cloud (OpenShift Dedicated) to data center (OpenShift Container Platform). The Red Hat OpenShift Container Platform, as well as the online hosted service, are both built on open source platforms. Launched at the Summit, the next-generation of OpenShift Online helps developers focus on building applications instead of assembling and managing container files.

In an instance, Barclays, a global financial services provider required to deliver products to market quicker than ever and be more responsive to market trends. Barclays was looking to boost innovation and productivity by building an Application Platform-as-a-Service (aPaaS) as part of its cloud program.
The financial services company used Red Hat OpenShift Container Platform and other Red Hat solutions to update its IT infrastructure and adopt an agile, DevOps approach to application development, giving its developers on-demand, self-service capabilities. As a result, the bank improved its efficiency and agility to innovate faster and stay competitive. “Now, with Red Hat OpenShift Container Platform, we’re more agile; we can think of an idea, try it, fail, learn, and make adjustments. Culturally, that’s a big change,” says Simon Cashmore, head of Platform-as-a-Service (PaaS) middleware engineering at Barclays.

Spreading the Ethos of Open Source

"Open Source has shown the ability for people to self-organize, in a collaborative, peer-based model to create projects and communities that serve as models of software development excellence"

The value that Red Hat can offer its customers is built on the contributions of the much larger open source community that includes companies and the specific communities that feed directly into Red Hat products. In fact, the community is so important that it is the heart of the Red Hat mission statement: “To be the catalyst in communities of customers, contributors, and partners creating better technology the open source way.” Whitehurst also believes that communities don’t just contribute to innovation, they grow and develop innovators.

Interestingly, open source is thoroughly imbibed in the management styles of the company resulting in Red Hat’s current market leadership. The company’s helmsman, Whitehurst, who is also the author of "The Open Organization: Igniting Passion and Performance,” ardently reckons open principles based on transparency, participation, and community in the management of the company. This has helped the company navigate and succeed in a fast-paced, connected era. Red Hat’s CEO firmly believes that open source is more than a license; it’s about a way of operating. With this in mind, the company is aiming to help more businesses to not only use the technology but the whole ethos of open source. “Through our business model, we do a good job at being a proponent of all the value that the open source way can bring to the world.” 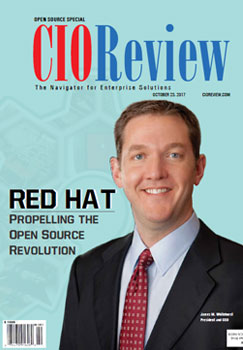