To Go Open or Not to Go Open, that is the Question 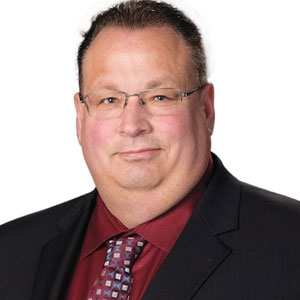 Today in the 21st century, more and more technology companies, businesses, and governments across the globe are embracing open source solutions to drive innovation, reduce costs, and free themselves from the plethora of burdens and restrictions inherent in proprietary technology. Historically, the concept of sharing technology predates the Internet and even the first computers. Henry Ford successfully challenged the Selden patent on the 2-cycle gasoline engine in 1911 enabling a cross-licensing agreement for U.S. auto manufacturing companies to jointly develop and share technology freely without exchanging money or fearing law suits. The concept of “open source” technology would later emerge with the birth of the Internet in 1969 and the free software movement at the end of the 20th century. The consumerization of IT, Internet of Things, cloud possibilities, and disruptive technology driving innovation today pervasively across the globe is no doubt the result of open source technology that is being adopted, shared, and reused indiscriminately to everyone’s benefit.

The rapid evolution and acceptance of open source technology began with open standards centered around operating systems, office productivity software, and internet browsers. Looking into the crystal ball of technology predictions, we see a growing acceptance and adoption of open source technology and increasing movement away from proprietary technology. Driving open source adoption are many of the tech giants whom for the better part of recent past decades have scoffed at open source and viewed it as evil and a subversive threat to their very existence. Microsoft is now moving towards warmly embracing open source and has revealed plans to offer SQL Server on the Linux platform in 2017. Researching firm Gartner predicts that by 2018, 70 percent of deployed applications will be running on open source databases. The Federal Government took a giant leap towards promoting and encouraging open source technology development, sharing, and reuse earlier this year with the Federal Source Code Policy: Achieving Efficiency, Transparency, and Innovation through Reusable and Open Source Software.

Another potentially insurmountable problem within the enterprise points to the word’s adoption of proprietary operating systems which have evolved to be embraced by end users and application developers. Munich has been a champion and pioneer of open source software in the world, however, Germany’s third largest city is now seriously considering abandoning Linux and other open source office productivity software and migrating back to Windows 10 and Microsoft Office. Driving this call for a change of direction is user dissatisfaction and serious hindrances to efficiency and productivity that are being directly attributed to open source technology. Finally, the concept and definition of open source technology itself raises serious cyber security concerns which cannot be simply ignored, especially with the recent Open SSL Heartbeat exploit vulnerability. While security has been a threat with open source technology over much of its existence, many experts today justifiably put for a strong argument that open source security is not as big of a concern as it once was if well-written security policies and best practices are adopted and adhered to.

How Marco's Pizza Leaned on Technology to Succeed amid the Pandemic...

Step In, Step Up, Or Step Off!

The Art of Digitalization

Bridging the Generational Gap in E-Governance

The State of K12 Student Data Privacy in the Cloud