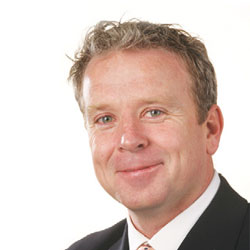 Danny Maher, CEO
The number of internet-connected devices is increasing rapidly—Cisco recently released a report predicting that by the end of 2016, annual global IP traffic will exceed the zettabyte threshold. For business and communications service providers, this increase in traffic is placing a strain on existing network infrastructures. Organizations are also meeting new challenges like increasing reliance on continuous connectivity and greater service level expectation along with BYOD and IoT transformation that is affecting the network management space. Australia based Opmantek addresses each of these pain points through its innovative open source software solutions. “One of the great benefits of open source is that over time it is increasingly adapted by a diverse range of users to suit a diverse range of environments,” says Danny Maher, CEO, Opmantek.

Maher asserts that the only way to support the discovery and management of a diverse range of manufacturers and devices is through open source. “No closed source provider can possibly have every environment with every device from every manufacturer in their lab to build their software,” says Maher.

“The power to adapt the software had to be put in the hands of the user and the manufacturers of the equipment to be audited or managed.” Opmantek is a huge contributor to the open source community. They utilize the best open source technologies in their products, which enables them to rapidly respond to customer demands by creating and adding new products and features.
The company’s products lead the way—operating in a diverse range of environments, at higher scale and lower costs.

Opmantek’s software is used by over 70,000 organizations globally including MSPs, telco’s, banks, data centers, and manufacturers. Their software was recently the subject of a case study when implemented by an international aid organization that needed better visibility into its networks and the devices connected to them. The agency had a high instance of BYOD, as many of the workers were independent volunteers with extreme environmental challenges—decentralized remote networks spread across vast geographical distances in a country with limited Internet accessibility and interrupted power supply. Open-AudIT was deployed via an AWS cloud instance and within a week, the agency had commenced auditing. They now have detailed visibility of the hardware used across their organization and the software installed on it. Maher proudly states, “Every 6 minutes a new organization implements an Opmantek product. We spend time and money developing the products offered free of cost, providing high quality and market leading features.”

Opmantek will shortly release NMIS Enterprise—an enterprise version of the free network management software. “We have developed and launched some incredibly powerful modules and want to bring that power closer to the core product. We have recently released the significantly upgraded version of Open- AudIT Enterprise,” delineates Maher. Opmantek is expanding its footprint geographically by venturing into Brazil and Hong Kong. “We want to maintain and grow our world leading install base, empowering organizations to improve the way they are operating,” concludes Maher.

Description
A software company operating in the field of Network Management and IT Audit. 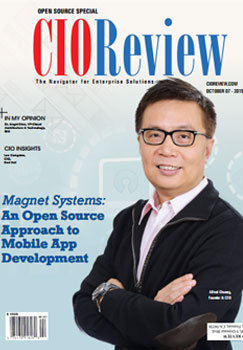