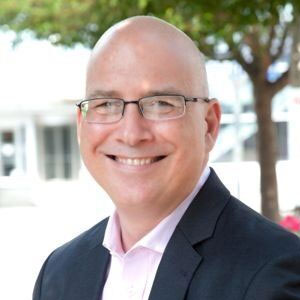 Open source has become ubiquitous in today’s business landscape–powering the world’s leading clouds and driving mission-critical projects in the enterprise. It has become a default choice for organizations seeking flexibility, modularity, lower cost and openness, with no vendor lock-in.

“When Rackspace created OpenStack, it deliberately chose a new model for its open source community”

When the open source operating system Linux came on the scene, a model to distribute open source software in the enterprise was developed. But this model was tied to the traditional method of consuming software–one in which organizations bought software from vendors and took on the responsibility for configuring, implementing, and operating it inside their own data centers or hiring expensive consultants to do so.

While the software itself was “open,” the way vendors were packaging the distribution became a way for some open source vendors to once again force customer lock-in. As customers further built tooling around the packaging to meet their specific business needs, the more difficult and costlier it becomes for them to switch vendors.

The business model for consuming enterprise infrastructure software in the enterprise is undergoing a critical transformation. Therefore, cloud, specifically the open source cloud platform OpenStack, has liberated the masses and once again given them the benefits of open source without vendor lock-in.

A New Way to Consume Infrastructure

When Rackspace created OpenStack, it deliberately chose a new model for its open source community. A model in which no company or individual (not even Rackspace) dominated the community. As the model was truly open, companies began contributing innovation in droves.

Today, 559 companies, large and small, are innovating in and contributing to OpenStack. As a result, in just five years from its start, OpenStack is now powering production infrastructure in mainstream organizations. According to the 451 Research Market Monitor, the OpenStack market will generate $2.5 billion in software and services revenue by 2017, and in a September 2015 brief, Forrester Research called OpenStack, “the dominant platform for private cloud.”

The move to cloud has liberated other open source communities too. For example, Linux is the default operating system in cloud, and cloud users generally feel free to choose from a wide variety of Linux distributions. This is in sharp contrast to the dynamic that existed in the traditional on-premise deployment model. In cloud, users no longer feel locked-in to their OS vendor.

Choice of vendors and technologies is the key for organizations to select the right mix of innovation, stability, features and cost for each application. But variety and choice does introduce complexity, and that complexity is growing exponentially in the era of cloud.

A Better Way to Consume Infrastructure – as a Managed Service
As organizations move to public and private clouds to grow their businesses and remain competitive, they realize that the future of multi-cloud models and the rapidly-evolving skillset of expertise required to run them looks so starkly different from the old way of consuming infrastructure. They recognize that managing complex infrastructure on their own is not strategic to their business, is costly and nearly impossible to keep up with in a multi-cloud world.

It is extremely difficult to attract and retain the skills necessary to install, configure, operate, scale, optimize and secure one infrastructure platform, but trying do so across multiple clouds is nearly impossible. As a result, a recent study by Rackspace and Management Insight found that 50 percent of medium and large-sized businesses in the United States and United Kingdom now prefer to consume infrastructure as a managed service run by experts rather than do it in-house.

Managed cloud service providers who innovate–who actually create and improve cloud-scale infrastructure software–can provide the expertise organizations need. This isn’t something that the average Telco offering hosted datacenters can do. It requires specialized engineering expertise with cloud applications and cloud infrastructure–solving the hard problems of horizontal scaling, making applications reliable, securing them at cloud scale, optimizing the economics, enabling portability, and providing governance. This is hard to achive, but organizations like Rackspace has deep experience in the equally critical areas of software engineering and operations in both open source and proprietary multi-cloud environments are able to deliver this expertise in ways most companies cannot do on their own.

Using an expert managed cloud provider enables an organization to get a proven architecture without expensive up-front fees, one that the provider operates at scale, day in and day out. The experienced managed cloud provider simplifies the complexity of OpenStack for the enterprise by delivering it as a managed service, and doing so with industry-leading SLAs.

The Role of Security in Enabling a Data-driven Business Strategy

Living In The Clouds? Keep Data Safe With Zero Trust

THE CHALLENGES OF CYBER-PHYSICAL SYSTEM SECURITY

How to Build an Effective Content Strategy Others Will Envy